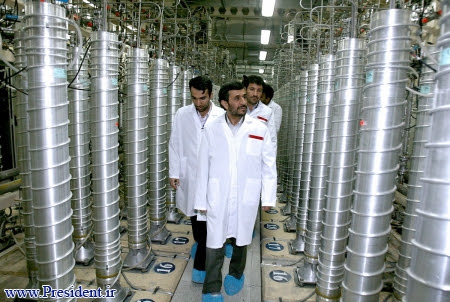 Stuxnet was uncovered over the summer and as details have been forthcoming it is a compelling piece of work. Stuxnet is a self-propagating worm designed to target a particular SCADA facility utilizing Siemens WinCC/Step7 software and targets associated PLC with a particular as-yet-unknown payload. The majority of the compromises were in Iran but other countries, such as Germany, Russia and the US have been infected as well. Some of the quotes from those conducting analysis: "Hack of the century", "nation-state weapons-grade attack software", "will be the most analyzed piece of malware ever", are not unique quotes. From an article titled "Is Stuxnet the 'best' malware ever?":


"It's amazing, really, the resources that went into this worm," said Liam O Murchu, manager of operations with Symantec's security response team.
"I'd call it groundbreaking," said Roel Schouwenberg, a senior antivirus researcher at Kaspersky Lab. By comparison, other notable attacks, like the one dubbed "Aurora" that hacked Google's network, and those of dozens of other major companies, was child's play.

To summarize some of the reasons that it has engendered such praise:
Any one of those capabilities with sufficient penetration would be enough to garner interest. But combining all of them is a generation or two ahead of anything ever seen in the wild before.  The code is of interest from a purely technical achievement perspective, but has significant implications for nations and other stakeholders in potential cyberwarfare.

Recently, multiple different parties conducting analysis (or reviewing the public analysis) have concluded that the attack was likely against an Iranian nuclear facility, either the Bushehr nuclear power plant or the Uranium enrichment facilities in Natanz and likely originated in Israel. I'll attempt to summarize the arguments below:
It appears that the world is seeing the a major salvo in real nation-nation cyber warfare activity. (As opposed to all of the intelligence/espionage activities that have gone in the past, which are not acts of war). Numerous, subtle signs point towards an Israeli originated attack against Iranian nuclear facilities. But it is certainly possible these indications could be placed there on purpose, hoping people would discover them and point towards Israel. Either way, it is highly unlikely that if anyone does know what the target was, AND validate where the attack originated, that it will ever be published for various geopolitical reasons. In the mean time, it provides plenty of fodder for armchair analysts and conspiracy theorists to speculate regarding the true intent and origin of Stuxnet.

One final note: Stuxnet is probably NOT the first acknowledged/published nation-nation cyber attack. Rumors have been around for quite a while regarding the US providing a "trojan horse" to the Russians, resulting in a Siberian pipeline explosion, but it sounds like it's moved into the acknowledged realm now.

December 7th, 2010 Update: At this point the rest of the post has been essentially validated by public research and acknowledgments. There is no speculation that Stuxnet was designed to affect a particular high frequency drive designed in Iran, deployed in Iran for their nuclear program. And that it had at least moderate success. And it appears clear that well organized individuals remain motivated to attack the Iranian nuclear program, via more traditional means. I'll probably update this one last time in 3-4 months with any of the more interesting fallout implications. The specific new evidence/events: