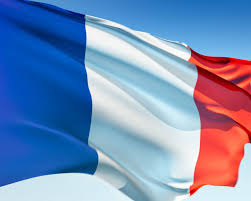 Some interesting stuff on the web recently regarding the French. This pretty interesting article (translated from Spanish) describing France's 6 laboratories developing offensive capabilities. I can't speak to the authenticity/sources of the article, or what was lost in the translation from Spanish to English so treat the information with a grain of skepticism. One of the more interesting (and confusing) paragraphs is below. (I think the retroconcepcion section is reverse engineering)


Moreover, at least one specialized cell of the air base in Creil BA 110, just north of Paris, works on the development of digital weapons of combat, according to industry sources. In another area, the DGSE, the leading French foreign intelligence service, has received budget to hire 100 computer engineers per year, for covert operations on servers outside penetration.  Especially sought after are the specialists in downgrading (able to turn invisible so a secure protocol to another one that is a little less) in retroconcepción (apart, like an engine in a garage, the system of algorithms of the enemy to understand), exploration vulnerabilities, penetration systems poachers and obfuscated code (operating systems whose lines of code are designed to be incomprehensible). Applications of these experts, by the way, are accepted by mail only, and not by email.

The article makes the point that development of these capabilities would not be allowed under their laws, so they are pursuing it under a penetration testing justification.


The six private laboratories with state control, called ITSEC, have received authorization to develop "digital weapons" under a legal quirk As they try to enter a computer system or destroy others is an offense under French criminal code, they could not give a general permit.  Therefore, the General Secretariat of National Defense (SGDN) gave it under a euphemism: the ITSEC, as part of his work on defense systems against cyber attacks, have the right to develop "penetration tests." And, obviously, to perform these tests, need to develop and maintain "digital weapons" to penetrate. Offensive, then.

They also include a quote that claims they are ten years behind China, (which would appear unlikely)


On 9 June, Bernard Barbier, technical director of the DGSE, ie head of the agency's systems of action-intervention was very clear at the annual conference of Rennes SSTIC.  "France has 10 years behind China," he said, according to several sources tell present at the forum. It confirmed that Paris is going to go too fast.  Though: like most of the planned offensive operations are prohibited, shall be conducted in a furtive and, where possible, from outside France.

Would be interested in seeing some documentation to support/refute these, preferably in English if anyone has seen them.
Posted by Jason Syversen at 11:56 PM